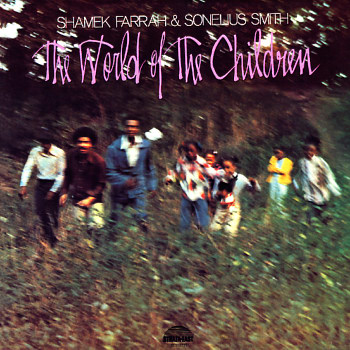 An amazing session of spiritual soul jazz – and one of the rarest albums on Strata East! Shamek Farrah's soulful alto is matched with the free spiritual piano of Sonelius Smith, for a totally memorable session that virtually defines the essence of the Strata East sound! The music is free, but not too free; lyrical, but never indulgent; and always turning over with a fresh sense of imagination, and a soaring groove that's very much in the classic Strata East mode! The album also features Joseph Gardner on trumpet, Kiyoto Fuiwara on bass, Freddie Wren on drums, and Tony Waters on percussion – plus Milton Suggs, who performs a short bass solo entitled "Milt". Other longer tracks include "The World Of The Children", "Conversation Piece", and "People Puttin' People Through Changes".  © 1996-2022, Dusty Groove, Inc.
(Limited edition 180 gram pressing!)