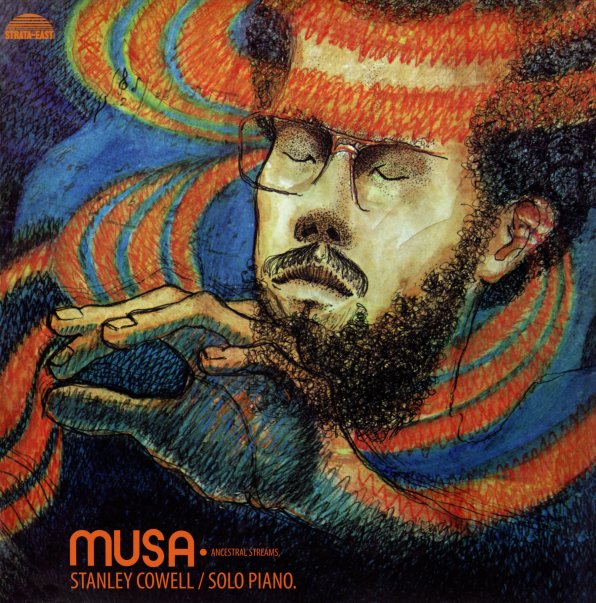 A solo piano set from Strata East mainman Stanley Cowell – but a record that's got enough soul and spirituality to rival a full group recording! Although working alone here, Cowell's touch on the keys is astounding – often flowing and highly rhythmic, with a pulsating sense of energy that makes even the mellower tracks sparkle with soulful imagination. A number of tracks are intimate explorations of themes heard more famously on albums done with Charles Tolliver – but which come alive in a whole new way here in Stanley's solo setting! Most work here is on acoustic piano, but Cowell also picks up the electric keys for the tune "Travelin Man" – done here as an overdubbed "duet", and one of the hippest tunes on the entire record! Other titles include "Abscretions", "Equipoise", "Prayer For Peace", "Departure No 2", "Sweet Song", and "Emil Danenberg".  © 1996-2023, Dusty Groove, Inc.
(Limited edition 180 gram pressing!)