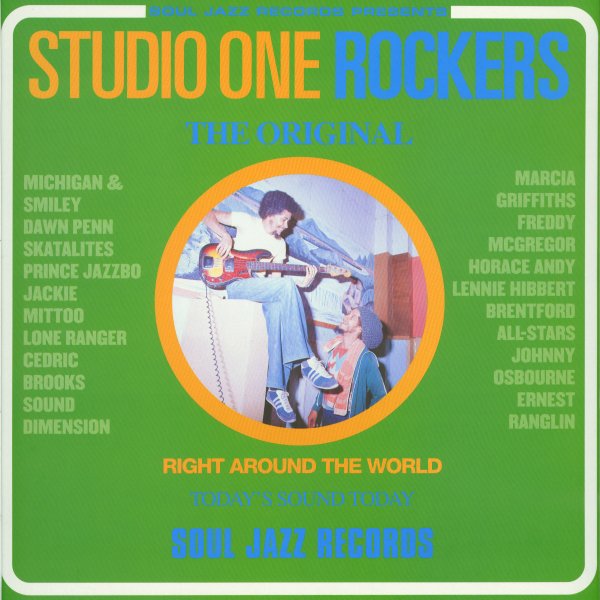 An excellent compilation that's very much in the spirit of the 100% Dynamite sets on Soul Jazz! This time, Soul Jazz dig through the vaults of the legendary Studio One catalog – some of the most important reggae and rocksteady ever recorded, virtually all of it produced under the tutelage of Clement "Coxone" Dodd. Much of this material has been floating around over the years, but we'd be hard pressed to think of a better collection of it – especially when considering the excellent fidelity of the set, which is way better than an of Dodd's own reissues of the material. Plus, the folks at Soul Jazz have gone out of their way to put together the tracks as an extremely well-thought out introduction to the music, not just a scattered batch of tunes that happened to be available. The set also includes a recent interview with Clement Dodd, plus loads of great rocksteady and early reggae tracks. Titles include "Surfin" by Ernest Ranglin, "Real Rock" by Sound Dimension, "Feel Like Jumping" by Marcia Griffiths, "Greedy G" by Brentford All Stars, "Village Soul" by Lennie Hibbert, "Ethiopia" by Cedric Brooks, "Crabwalking" by Prince Jazzbo, "Hot Milk" by Jackie Mittoo, "Badder Dan Dem" by Lone Ranger, and "Bobby Bobylon" by Freddy McGregor.  © 1996-2021, Dusty Groove, Inc.