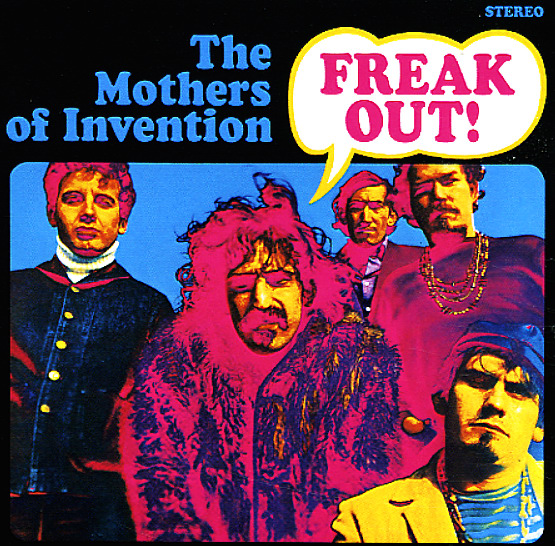 A fabulous furry freakout from Frank Zappa – the start of a legendary run in the late 60s – and a record that is still as mindblowing now as it was all those many years back! There's a deadpan quality to the vocals that's unlike anything other groups were trying for at the time – a snotty aspect that's often forgotten amidst all the celebrations of Zappa's hippiedom, but which really makes the record stand out from the pack – giving it a kind of darkness that's a wonderful change from some of the too-earnest psych or folk rock elements of the period. Music is great too – and a lot more simple than in later years – a really tight blend of garage and psych that furthers the almost punky quality of the record. Titles include "The Return Of The Son Of Monster Magnet", "Motherly Love", "I Ain't Got No Heart", "Hungry Freaks Daddy", "Wowie Zowie", "You Didn't Try To Call Me", "Any Way The Wind Blows", and "I'm Not Satisfied".  © 1996-2021, Dusty Groove, Inc.
(Out of print.)