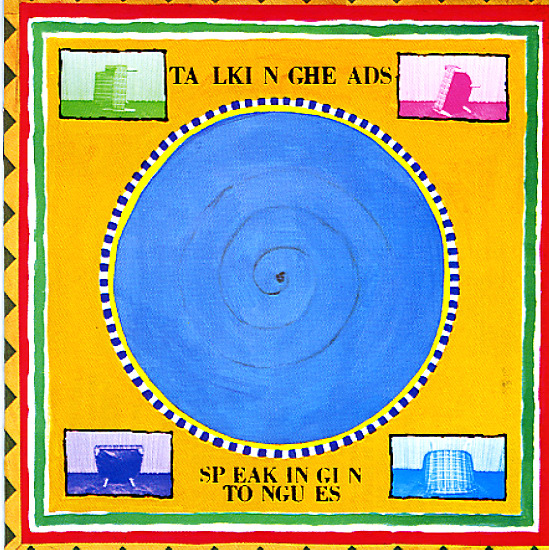 David Byrne brings his love of funk and soul to the forefront – tightening things up a bit from before, but still staying strongly in a classic Talking Heads groove! The record's possibly the last of the group's initial classic run, and has a surprisingly soulful feel at times – a hybrid of early 80s funk and club modes, played by guests who include Wally Badarou on synth, Bernie Worrell on keyboards, and Steve Scales and David Van Tieghem on percussion. Nona Hendryx sings a bit of backing vocals too – and Byrne really steps up to the grooves without ever going too far over the top. Titles include "Burning Down The House", "Making Flippy Floppy", "Girlfriend Is Better", "Slippery People", "I Get Wild/Wild Gravity", "Swamp", "Moon Rocks", "Pull Up The Roots", and "This Must Be The Place (Naive Melody)".  © 1996-2021, Dusty Groove, Inc.
(Rhino Start Your Ear Off Right pressing. Limited edition – on blue vinyl!)

Freedom Of Choice (colored vinyl pressing)
Warner/Rhino, 1980. New Copy (reissue)
LP...$21.99 23.99 (LP...$18.99)
The era that catapulted cult heroes Devo into pop culture history – with bubblier synths, catchier hooks, and crazier multimedia shenanigans than ever before from these pioneers of the video era – and time capsule pop angle aside, it's still one of the best and most innovate albums of ... LP, Vinyl record album