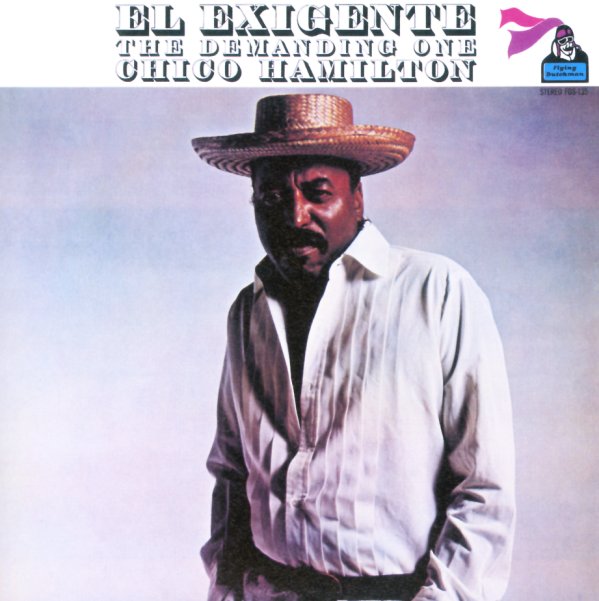 Great work from a fantastic period of drummer Chico Hamilton – a time when he'd moved way past the chamber jazz of his 50s years, and even some of his more freewheeling 60s modes on Impulse Records! Here, Chico seems really obsessed with rhythm – to a level where he's not afraid to complicate things, even in search of a groove – working with odd timings and changes that are still pretty groundbreaking, even all these many years later! As with previous records, Hamilton shows a great ear for picking unusual and inventive players – as the set includes Arnie Lawrence doing some incredible work on electric alto sax, and Bob Mann adding in trippy guitar fills that give the tracks a wild stoner feel. Chico's drums are freer than ever – and the album's a real lost gem in the Flying Dutchman mode – with titles that include "Volvos", "Up Front What Counts", "Swingin On A Sitar", "How 'Bout Bobby", "As I Open My Eyes", and "Gonna Get Some Right Now".  © 1996-2021, Dusty Groove, Inc.
(Part of the "Solid Records – Jazz Giants" series!)