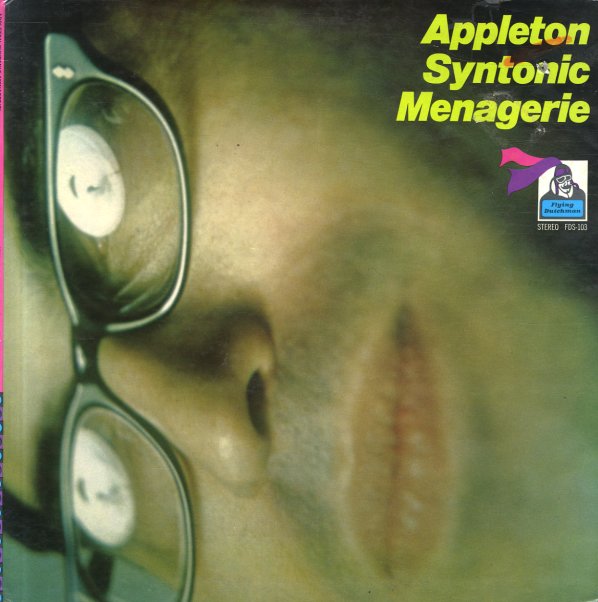 An incredible record from the glory days of Flying Dutchman! The session's one of a rare few cut by electronic musician Jon Appleton, and it's a stunning blend of analogue electronics and sonic cut up material – a record of musique concrete compositions to rival the greatest work coming out of France in the late 50s and early 60s! Appleton's approach to the material is at some level like that of Pierre Henry, but at another level, he's also using some bits of late 60s Americana – such as a Chef Boyardee commercial, or snippets of interviews done in an airport – and it's elements like these that give the set a darkness that makes it even more compelling. Titles include "Chef D'Oeuvre", "Newark Airport Rock", "Times Square Times Ten", "Second Scene Unobserved", "Nyckelharpen", and "The Visitation".  © 1996-2021, Dusty Groove, Inc.
(Part of the "Solid Records – Jazz Giants" series!)