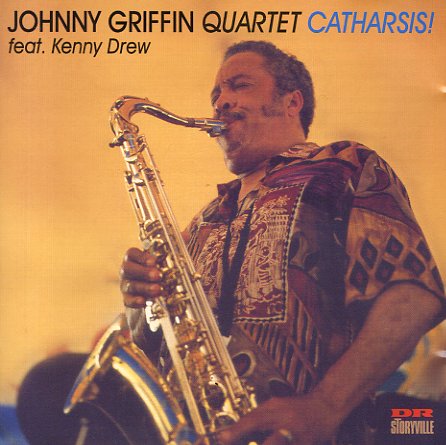 A later entry in the run of Johnny Griffin albums recorded overseas – and one that's very much in the openly-blown style of his classics from the 60s and 70s! As with some of those, the great Kenny Drew works alongside Griffin on piano – and the pair really step out on familiar tunes taken at very extended stretches – so that the long solo passages almost make for mini-songs themselves within the familiar melodies! The rest of the group features Jens Melgaard on bass and Ole Streenberg on drums – and titles include "Isfahan", "Rhythm A Ning", "Just Friends", "If I Should Lose You", and "Slukefter Blues".  © 1996-2021, Dusty Groove, Inc.
(Part of the "Solid Records – Jazz Giants" series!)

Lady Heavy Bottom's Waltz
Rearward/Schema (Italy), 1968. New Copy
CD...$12.99 (LP...$19.99)
One of the rarest Johnny Griffin albums ever – a set recorded as a side project when Griff was working with the Clarke Boland Big Band – in a lineup that features some of the best members from that great ensemble! The style's a bit more laidback and soulful than other CBBB projects ... CD