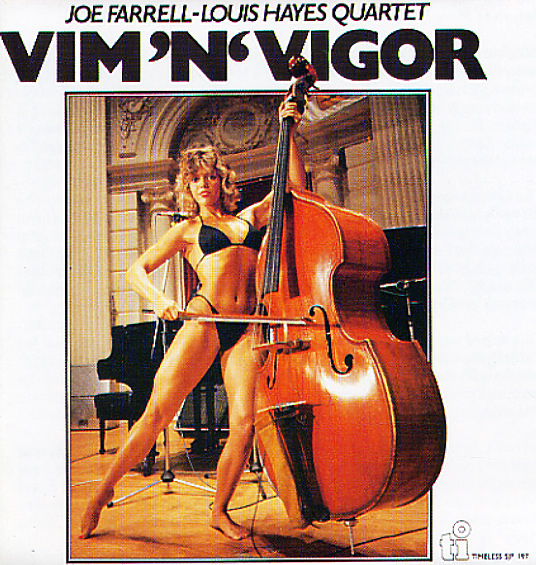 An album with a terrible cover – but a wonderful sound! Underneath this ridiculous bikini-clad cover lies some of the best work that Louis Hayes and Joe Farrell cut during the 80s – a freewheeling and open session that's steep on soul, and filled with the best energy both players could muster! The group's a quartet, with Farrell on tenor, soprano, and flute, Hayes on drums, Rob Van Den Broeck on piano, and Harry Emmery on bass. Farrell's inventiveness, as always, is incredible – restrained from some of his over-the-top work in the 70s – but in a good way, one that has him really focusing on the construction of his solos, and coming up with some wonderfully soulful notes that hold the lively rhythms of the tunes together. All tracks are long, and titles include "Miles Mode", "Vim N Vigor", "Arab Arab", and "Besame Mucho".  © 1996-2021, Dusty Groove, Inc.
(Part of the "Solid Records – Jazz Giants" series!)