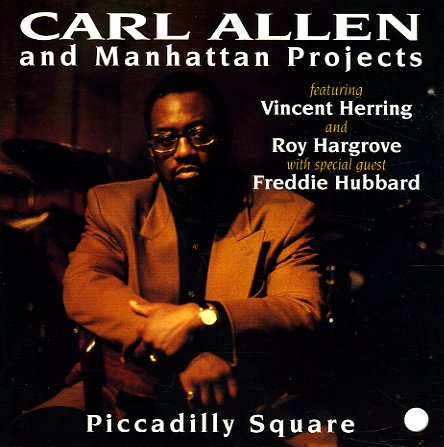 We love the group that drummer Carl Allen has on this set – a soulful 80s young lions lineup, with Roy Hargrove on trumpet, Vincent Herring on alto and soprano, Ira Coleman on bass, and Donald Brown on piano – all taking things back to the basics of soul jazz, but with a sense of imagination and power that really mark all the players as harbingers of a new generation in jazz! Freddie Hubbard guests on two tracks – and while he sounds great, he's almost not needed – as the other players come together beautifully on all the other selections – hard-swinging, and expanding a sense of hardbop in ways that hearken back to a Jazz Messengers tradition, but with energy that's all their own. Titles include "Annie's Mood", "The Biscuit Man", "Piccadilly Square", "Afterthoughts", and "New Joy".  © 1996-2021, Dusty Groove, Inc.
(Part of the "Solid Records – Jazz Giants" series!)