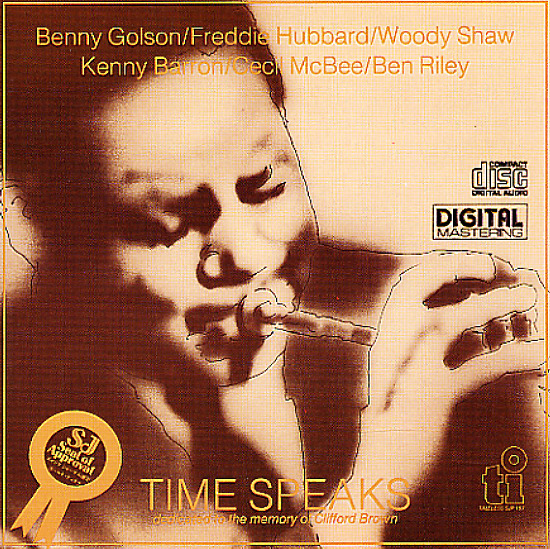 A great little session – ostensibly a tribute to Clifford Brown, but way more than that! The set's actually an excellent soul jazz session – hardly the boppish affair you might guess from the title, and instead a deep-feeling set of jazz with some surprisingly spiritual touches. Golson's at his later hip best here – and is recording with a sextet that features Woody Shaw and Freddie Hubbard on trumpets – supported by a massive rhythm section that includes Kenny Barron on piano, Cecil McBee on bass, and Ben Riley on drums! The album's a great one if you dig Woody Shaw – and Hubbard's playing is a real treat too, with that stretched out later sound he did so well after the 70s electric years. Tracks include "No Dancin", "Time Speaks", "Blues For Duane", "Theme For Maxine", and "Jordu".  © 1996-2021, Dusty Groove, Inc.
(Part of the "Solid Records – Jazz Giants" series!)