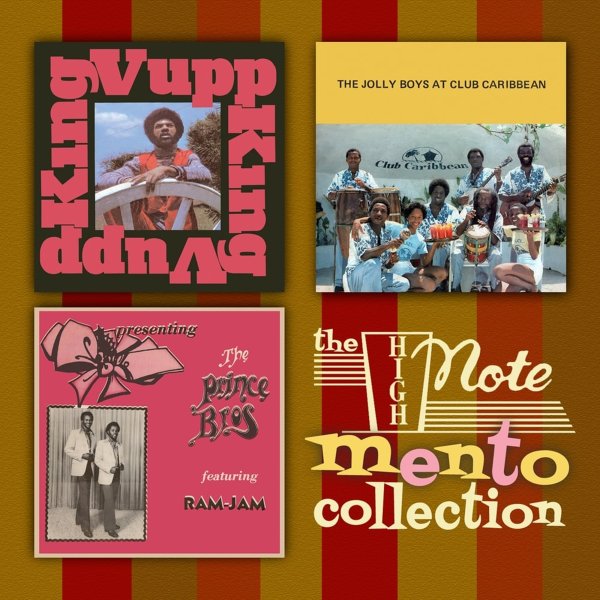 An unusual collection of mento material from Jamaica – a later document of sounds that were initially the first on the path towards rocksteady and reggae! Back in the late 50s, Bermuda had calypso and Jamaica had mento – a style that was similar, but which had a slightly different rhythmic pattern – one that was fused with influences from American soul as the decade moved on, as the blueprint for ska, rocksteady, and later styles too! These recordings are all from the 70s – handled by producer Sonia Pottinger for her High Note label – and show that even in the era of dub and roots, mento was still going strong in Jamaica – although definitely with more contemporary touches that show the growing influence of reggae back on the older form of music. The set's a great look at this moment in the style – done with the usual huge booklet of notes we love from Doctor Bird, filled with rare images and label scans too – and the 2CD set features 46 tracks in all – full albums by King Vupp, The Jolly Boys, and The Prince Brothers – plus more by Sugar Belly, Count Lasher, Baba Brooks, The Dingle Brothers, Marva Moore, and others.  © 1996-2021, Dusty Groove, Inc.