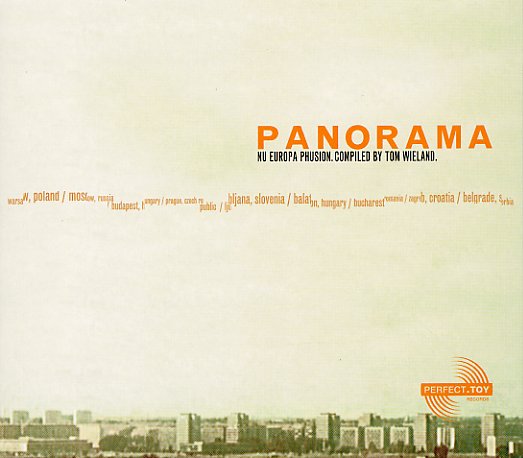 The Berlin wall's been down for over a decade, but it's taken years for the western club scene to finally notice the great grooves coming out of the Eastern Block scene! For years now, artists in nations formerly locked off from more familiar European circuits have been dabbling in styles that not only share some of the best styles of work by artists like those on the Compost and Schema labels, but which also bear some unique traces of the strands of jazz and funk that percolated through the once-Soviet nations in the 60s and 70s. This package does a great job of pulling together the best bits from the Eastern scene – and focuses on tracks that share a warm, jazz glow – and which bubble out with a soulful finish that will certainly have us looking for more work from these artists in the future! The set features tracks from Warsaw, Lubljana, Zagreb, Budapest, and Prague – and features a number of titles exclusive to this release! Titles include "Gold" by Innocent Sorcerers, "Tinkle Bells" by Electric Brother, "It's Just A Joke" by Rough & Ready, "Happy Dayz" by Klascik, "Free Climbing" by Painkiller Septet, "Bagdance" by Yannah, "Flyin Down To Rio" by Crate Soul Brothers, "Soul Oriental" by Onbeyond, and "Drop The Bomb (ZKA4T ft DJ Tall rmx)" by The Second Whorl.  © 1996-2021, Dusty Groove, Inc.

Heaven & Earth
Perfect Toy (Germany), 2009. Used
CD...$12.99
An album that's every bit as hip as you'd expect from its Sam Rivers-inspired cover image – a beautiful tribute to the modal jazz scene of the 60s, particularly the work of John Coltrane and some of his followers on Impulse Records! Apart from a cover of "Naima", though, the set's ... CD