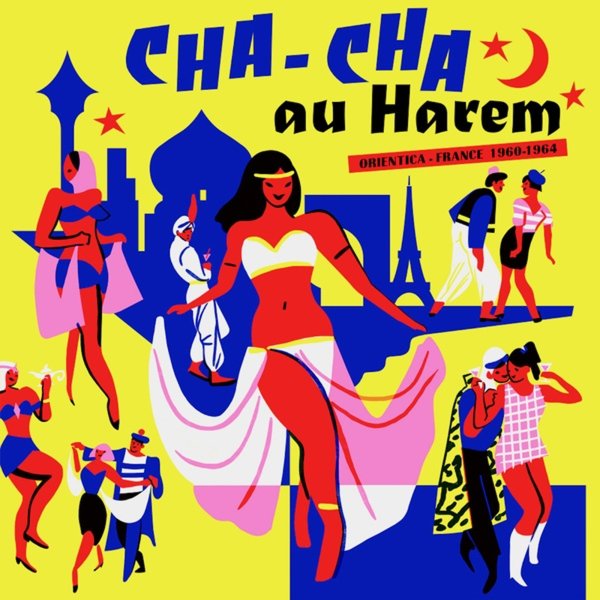 A strange mix of Latin rhythms and exotica modes – served up here on a set of recordings from early 60s France that we might not have heard otherwise! Grooves are often in the cha cha mode promised in the title, but other instrumentation is definitely "au harem" – exotic woodwind passages, Mid East percussion, vocal bits, and more – almost as if the modes of Les Baxter and Martin Denny had been moved to the ancient world of Asia Minor! The approach is great – often very much in the late 50s styles used by Capitol and Liberty Records in the US – and titles include "Ismaila" by Benny Benett, "Inch Allah" by Fred Adison, "Danse Du Sud" by Zina Nahid, "Mahomet De Tunis" by Ali Baba Et Son Ensemble, "Oriental Express" by Roger Morris, "El Mechoi" by Los Cangaceiros, "Danse L'Amour" by Staiffi Et Ses Mustafas, and "On M'Appelle L'Oriental" by Trio Joroca.  © 1996-2023, Dusty Groove, Inc.
(Includes download!)