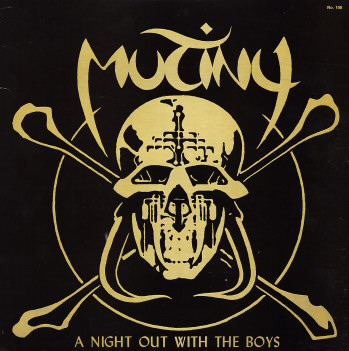 Night Out With The Boys

A fantastic little record from Jerome Brailey and Mutiny – a set cut after their 2 famous albums for Columbia, but arguably even better! The groove here is still heavy on the P-Funk of Brailey's roots, but is delivered in a way that's even more stripped down, and almost with less cliche than before – a sound that's heavy on the bass and guitar in the instrumentation, and which has a decidedly darker feel. Guitar is produced with a cool compressed quality that often makes it sound quite sinister – and the vocals are locked tightly into the mix, with none of the sometimes-silly qualities that can hurt a P-Funk related project. All tracks are great – super tight without sounding slick – and tracks include "Peanut Butter & Jam", "P Moe", "In The Pocket", "A Night Out With The Boys", "Child Support", "Raise", "Just Want To Know", "Hand Maid", and "And You Know That".  © 1996-2021, Dusty Groove, Inc.

Cry To Me (180 gram clear vinyl pressing)
Aware/Tidal Waves, 1975. New Copy (reissue)
LP...$24.99 (CD...$24.99)
A wonderful album of southern soul from Loleatta Holloway! The record was her last in the deep soul mode – and it's a gem that should have made her as big as her later disco records – a really well-crafted extension of styles that Stax and Atlantic had done in the 60s, but given a ... LP, Vinyl record album