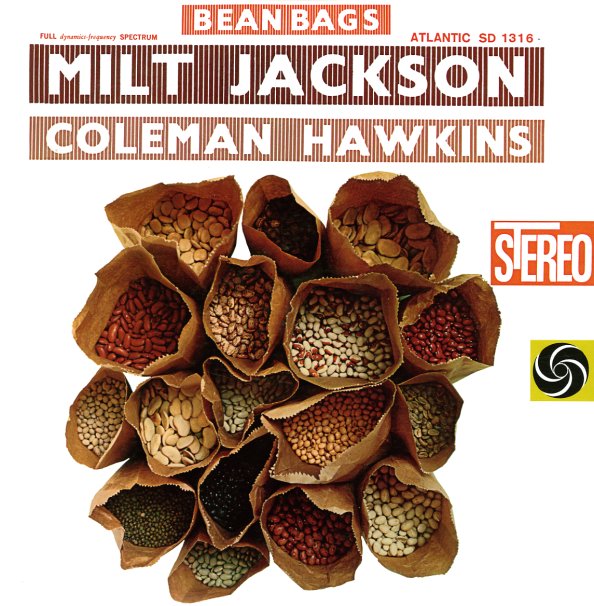 A wonderful little record – a real standout in both the careers of Milt Jackson and Coleman Hawkins! The album captures Hawk during his great later years – that time when his sound was even more soulful and inventive than ever – with lots of odd modern undercurrents that really work nicely with the album's slight Latin inflections – a bit like those you might hear on some of Hawkins' Impulse Records material from the same generation. Milt Jackson's vibes are great too – chromatic and edgey, and set up with rhythm support from Kenny Burrell on guitar, Tommy Flanagan on piano, Eddie Jones on bass, and Connie Kay on drums. Titles include "Indian Blues", "Don't Take Your Love From Me", "Sandra's Blues", "Stuffy", and "Close Your Eyes".  © 1996-2021, Dusty Groove, Inc.
(Out of print, includes obi.)