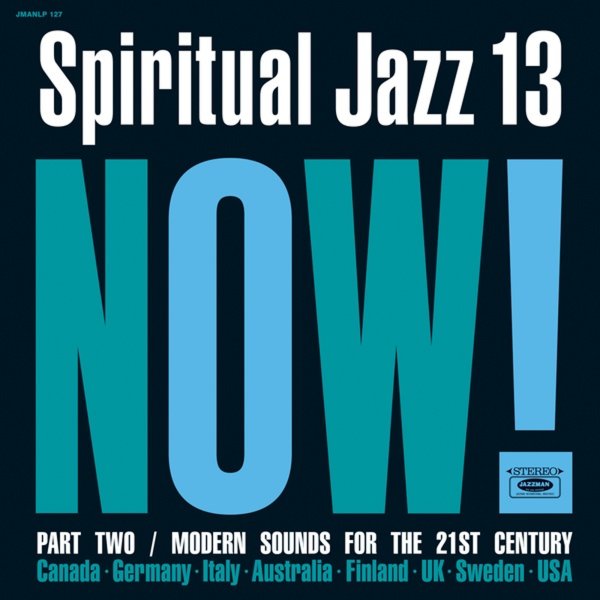 A tremendous entry in this wonderful series – a set that proudly proclaims its contents with the "NOW" on the cover! Back when the Spiritual Jazz series first started on the Jazzman label, the music was mostly relegated to material of the John Coltrane generation and the generation that followed – but in the past decade or so, there's been a huge explosion in new artists that explore the deeper, more righteous currents of jazz – music that's pulled in from the farther reaches of free improvisation, to righteous, message-oriented styles that often mix modal rhythms with more exploratory solo passages. Yet this new generation is hardly slavish to the sounds of Impulse Records – as they've really moved beyond, and have used a globe's worth of influences and new 21st Century concepts to bring fresh spirit to the music – opening things up in ways that have made this new movement one of our greatest sources of inspiration in recent years. This double-length entry is a fantastic overview of the sounds that are currently reshaping the planet – and titles on volume 2 include "Flute Song" by Wildflower, "Slow Sweet Burn" by Abeeku, "Palms To Heaven" by The Cosmic Range, "Nova" by Menagerie, "Avo's Tune" by Teemu Akerblom Quartet, "Paris" by Jonas Kullhammar, "Vessels" by The Jamie Saft Quartet, "What Do I Tell My Children Who Are Black "by Angel Bat Dawid, "Trane's Groove" by Carla Marciano, "For Coltrane" by Steve Reid Foundation, "Empty Streets" by Vibration Black Finger, and "Memory Ritual" by The Pyramids.  © 1996-2021, Dusty Groove, Inc.
(Includes download!)

Bossa Nova & The Rise Of Brazilian Music In The 60s Vol 2
Soul Jazz (UK), 1960s. New Copy 2LP Gatefold
LP...$32.99
A treasure trove of 60s Bossa Nova – beautiful recordings, many from the heart of the 60s, all of which capture the sounds and styles of the era and rank among the most massively influential Brazilian music of the period – featuring Elis Regina, Jorge Ben, Tamba Trio, Edu Lobo, Baden ... LP, Vinyl record album