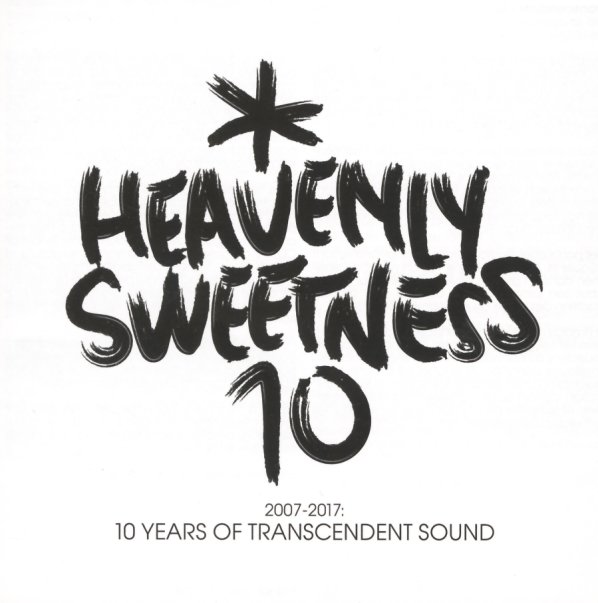 A beautiful celebration of the first ten years of Heavenly Sweetness – a fantastic French record label that's not only given us spiritual jazz from giants of the 70s, but also opened our ears to both new sounds from contemporary artists, and a wide array of rhythms from around the globe! All those elements are perfectly balanced here – showing Heavenly Sweetness as an imprint that can live up to the legacy of earlier European giants – with a similar culture-crossing vibe as MPS or Saravah, but a much more contemporary approach too! Titles include "We People" by Doug Hammond, "Blue Train" by Byard Lancaster, "Mother Of The Future" by Anne Wirz, "Don't Stress Me Out" by Monette Sudler, "Valse Pour Helene" by Florian Pellissier Quintet, "Flow Like A River" by Robert Aaron, "Rip With John Coltrane" by Patchworks, "Journey To The Shore" by Dopegems, "September Sun" by Jacaranda Muse, "Sam's Intro" by Rongetz Foundation, "Where's My Soul" by Baron Retif & Conception Perez, "Our History" by Anthony Joseph, "Voices" by Blundetto, "Don't You Know" by Leron Thomas, "Want It Back" by Guts, "Womanarium" by Sly Johnson, "Untitled/Inspiration From Home" by Don Cherry, "Dead Sea Scrolls" by Raphael, "Ode To Ethiopia" by John Betsch Society, and "NT" by Tagi with Georgia Anne Muldrow. 40 tracks in all!  © 1996-2021, Dusty Groove, Inc.

Warm My Soul
Heavenly Sweetness (France), 2012. Used
CD...$7.99
Blundetto's groove is even nicer than before – honed through work on singles and remix efforts – and turned towards a rich array of global roots that really deepen the sound of this album! There's as much 70s African and Jamaican influence going on here as there is a spiritual jazz ... CD