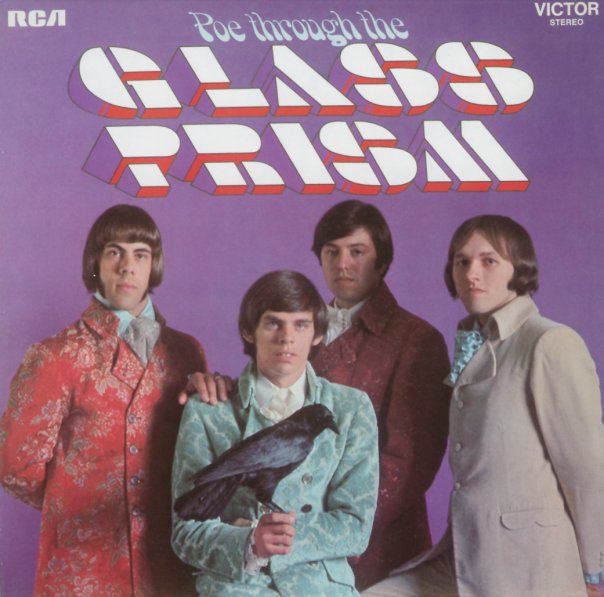 Poe Through The Glass Prism

That dude holding the raven on the cover looks pretty nervous – and for good reason, too – as the Glass Prism here take a lot of chances with their debut album! As you might guess from the title, the words to the tunes here were all penned by Edgar Allen Poe – older poetry from the 19th century, which the group reworks with lots of mod late 60s touches – including plenty of organ and fuzzy guitar, and some surprisingly romping rhythms! The whole thing's not as arch-goth as you might expect – and the singer really makes good use of the meter in Poe's poetry – finding a way to really fit a copious amount of words in the short space of most of the songs. Titles include "The Conqueror Worm", "Beloved", "A Dream", "A Dream Within A Dream", "Eldorado", "To", and of course, "The Raven".  © 1996-2021, Dusty Groove, Inc.
(LP sleeve edition – includes Beatball obi.)