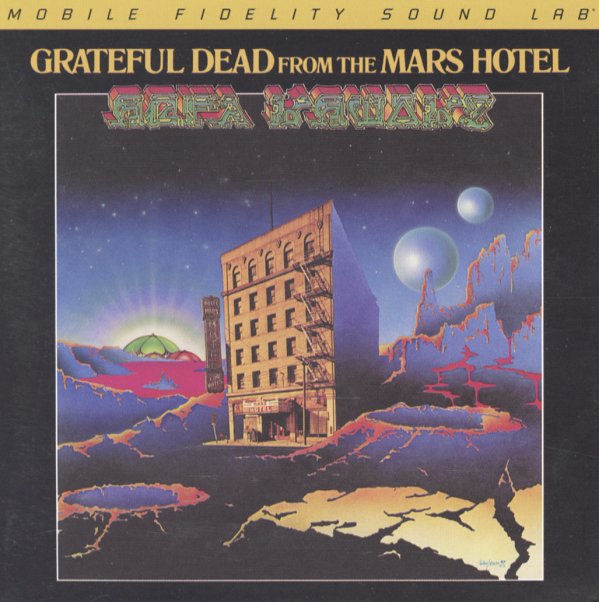 One of the finer Dead studio albums of the mid 70s for sure – managing to catch a bit of the spontaneous energy that made them such a vaunted live band on some tunes, really delivering on the wry yet easygoing songcraft they don't really get enough credit for, and even some cool facets of their far-reaching sound they captured better in the studio than they ever did on stage. Those include the lightly lush ballad-y "China Doll" and the eccentric sounds that weave in and out of the standout "Unbroken Chain", but the whole thing is solid! Other cuts include "US Blues", "Loose Lucy", "Scarlet Begonias", "Pride Of Cucamonga", "Money Money" & "Ship Of Fools".  © 1996-2021, Dusty Groove, Inc.
(Limited numbered hybrid SACD edition.)