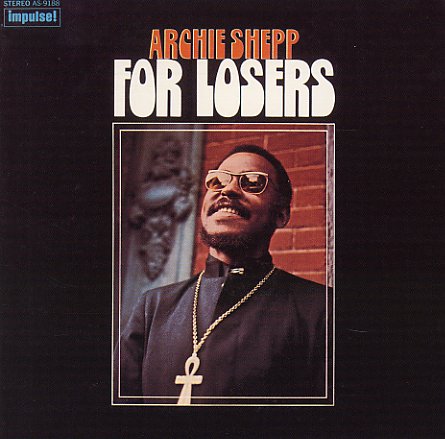 One of the grooviest albums from Archie Shepp's post-new thing years for Impulse – a nicely grooving session that mixes soul-based tracks with more righteous spiritual jazz moments! The approach here is a nicely varied – a laidback, collaborative spirit that's even quite different from Shepp's work in France at the time, or even from some of his other sessions for Impulse. At one moment, Archie's playing in a gently spare and soulful mode – foreshadowing his late 70s sides – but at another, he'll be opening up with intensity, egged on by a group of well-matched players who include Woody Shaw, Grachan Moncur III, James Spaulding, and Cedar Walton. Side 2 features the extended "Un Croque Monsieur" – a modally building number with some free post-Coltrane energy, and a righteous poem from Chinalin Sharpe. Sharpe returns in a completely different spirit on "I Got It Bad" – singing the lyrics in a Billie Holiday mode alongside Shepp's solo – and Leon Thomas sings on the soul-based number "Stick Em Up", again very different than usual! Titles also include a great version of Cal Massey's "What Would It Be Without You" and the funky groover "Abstract".  © 1996-2021, Dusty Groove, Inc.
(SHM-CD pressing – part of the 60 Impulse series!)