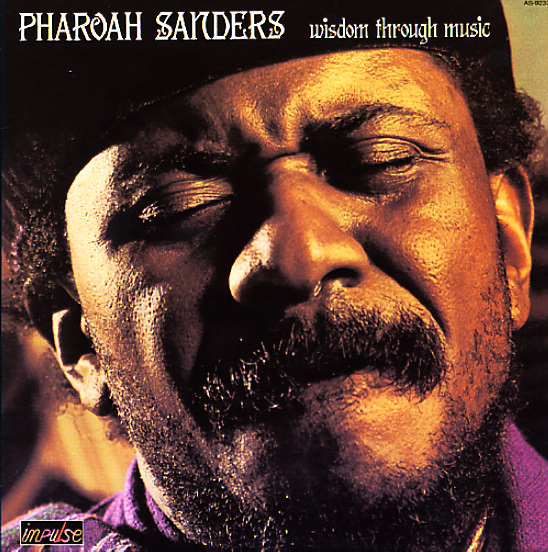 Soaring spirits and joyous jazz-based expression – an overlooked treasure from Pharoah Sanders – and proof that his work on Impulse Records just kept on getting better and better! The style here is a bit tighter than some of the previous Impulse albums – no side-long tracks here – but the overall feel is also almost a bit more organic too – with lots of rootsy percussion and earthy sounds in the mix, all emanating from instruments in ways that are quite unique! The core group features Pharoah on tenor, soprano sax, and flute – alongside James Brance on flute, Joe Bonner on piano, Cecil McBee on bass, and Norman Connors on drums – plus percussion from the trio of Badal Roy, James Mtume, and Lawrence Killian. Percussion bits and vocalizations drift in and out of most tracks – giving them a rich sense of color and tone, even when the grooves are a bit more direct! Titles include a shorter take on "Love is Everywhere", plus "The Golden Lamp", "Selflessness", "Wisdom Through Music", and "High Life".  © 1996-2021, Dusty Groove, Inc.
(SHM-CD pressing – part of the 60 Impulse series!)