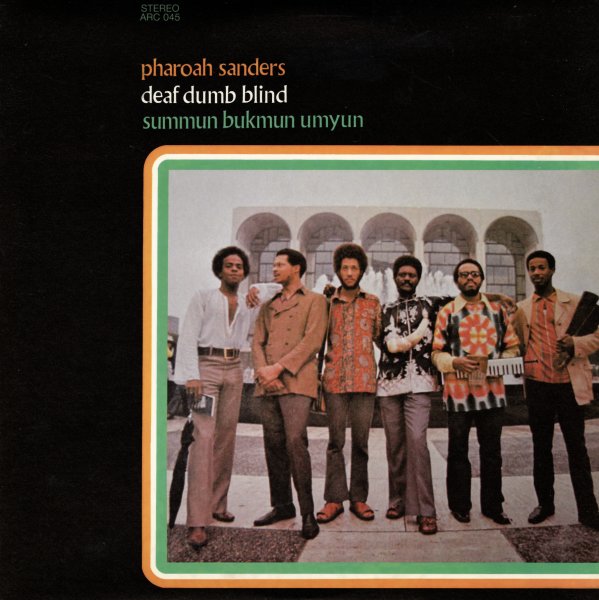 Pharoah Sanders is working here with some excellent horn players in the frontline – Woody Shaw on trumpet and Gary Bartz on alto sax – both of whom really bring a lot of power to the record! As with some of Sanders' other Impulse albums of the period, the record only features two long songs – both of them great, and both of them balanced between more modal moments, and freer flights of jazz expression. Bartz and Shaw are obviously well suited for both of these sides of the spectrum – as are the other players, who include Lonnie Liston Smith on piano, Cecil McBee on bass, and Clifford Jarvis on drums. Nathaniel Bettis and Anthony Wiles play additional percussion – as do some of the other members of the group from time to time. Both tracks build with a stretched-out, organic quality – and titles include "Summun Bukmun Umyun" and "Let Us Go Into the House of the Lord".  © 1996-2021, Dusty Groove, Inc.
(SHM-CD pressing – part of the 60 Impulse series!)