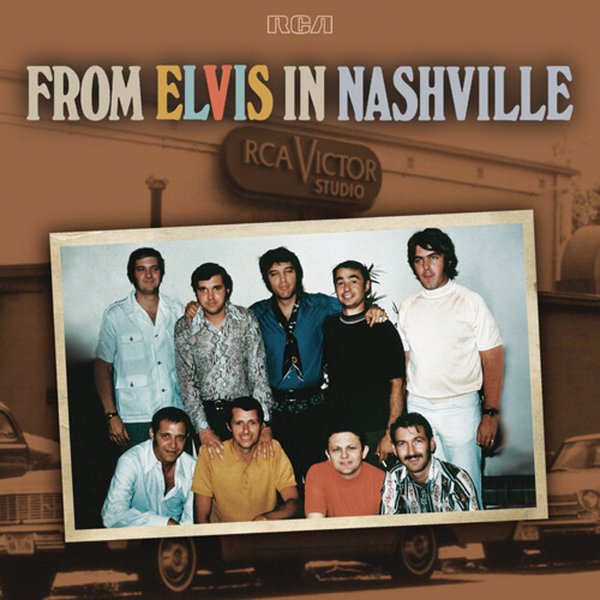 From Elvis In Nashville (4CD set)

The first-ever proper presentation of one of the most legendary Elvis Presley recording sessions – a marathon five day series of recordings done in Nashville, in which Elvis was working with hip backing from the Nashville Cats, and really breaking past some of the stale material that had dogged too many of his records in the 60s! The music is a great counterpart to the Presley sessions at American Studios in Memphis the year before – and like those, there's a spirit here that's undeniable – the King really getting back to basics, and showing his best ear for both the right tunes, and the right sort of folks to help him put the sound across. James Burton is on guitar, and Eddie Hinton joins in a bit too – and the rest of the group is equally legendary – a performance that was sadly originally chopped up by RCA, and issued on a number of different albums – with lots more material left in the can. This 4CD set brings together a massive 74 tracks from the sessions – the first 2CDs with full recordings of 40 tunes, the following 2CDs with alternates, and some very cool jam and rehearsal tracks too. The package is great too – 4CDS in a 7" square sleeve – along with a 28 page booklet of notes with new essays and rare photos!  © 1996-2021, Dusty Groove, Inc.

Blue Whale (Japanese paper sleeve edition)
BYG/Big Pink (South Korea), 1970. New Copy
CD...$18.99 22.99
A fantastic set from Aynsley Dunbar – the drummer who's worked famously with a number of other key artists on both the US and UK scenes – but an artist who always seems to bring something special to the mix when he is a leader! Aynsley's pictured on the cover behind a massive set of ... CD