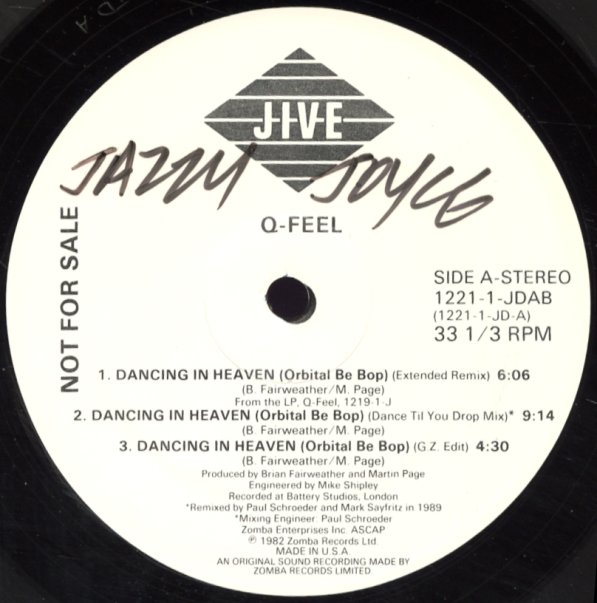 (White label promo in a stickered Jive sleeve. Sleeve and labels have a name in marker.)