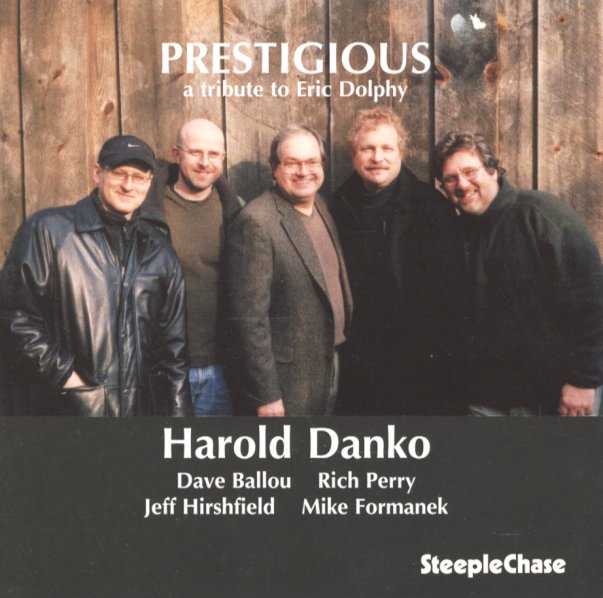 Prestigious – A Tribute to Eric Dolphy

Montmartre Summit 1973 (Meeting Vol 1/Summit Vol 2)
Steeplechase (Denmark), 1973. Used 2CD
CD...$24.99
A great meeting of two generations of jazz – and one that really blows the top off some of Dexter Gordon's other European sessions of the time! The setting here is definitely one that's more a Gordon-based date – long tracks with rhythm backing from a trio with Kenny Drew on piano, ... CD

Heavy Mirth
Steeplechase (Denmark), 2010. Used
CD...$9.99
Trumpeter Jack Walrath is one of those cats who's always making interesting music – records that never fully get their due, but always find a way of getting themselves into the best of jazz collections! This album's another feather in Jack's cap – a creatively put-together date that's ... CD