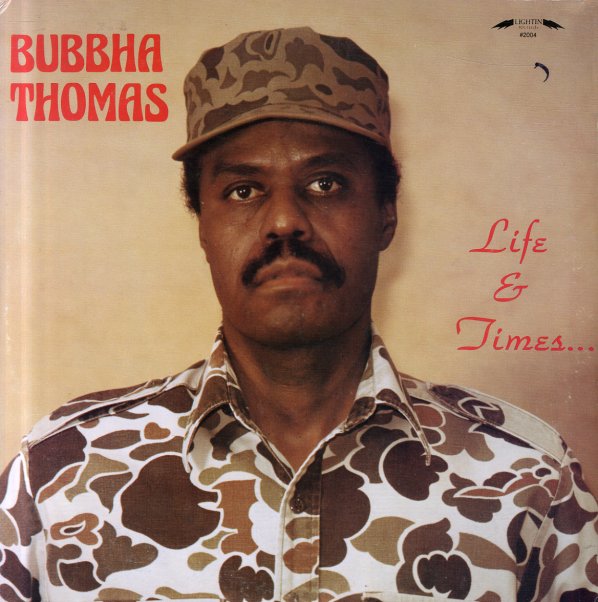 An obscure later set from Texas legend Bubbha Thomas – a drummer you'll know from his work with the legendary Lightmen group in the 70s – working here in an 80s-styled extrapolation of some of the ideas from that previous combo! The music is much leaner than before – heavy on basslines, beats, and keyboards – and Bubbha does a great job of sliding into electro-styled funk and soul modes, while still holding on to some of his own sound too. The record's maybe more New York than you'd expect from something recorded in Houston – and titles include "Livin On Love", "Skipp Hopp", "Life & Times (Of Daddy Jive)", and "Let Me Play The Music".  © 1996-2022, Dusty Groove, Inc.
(Limited edition of 500!)