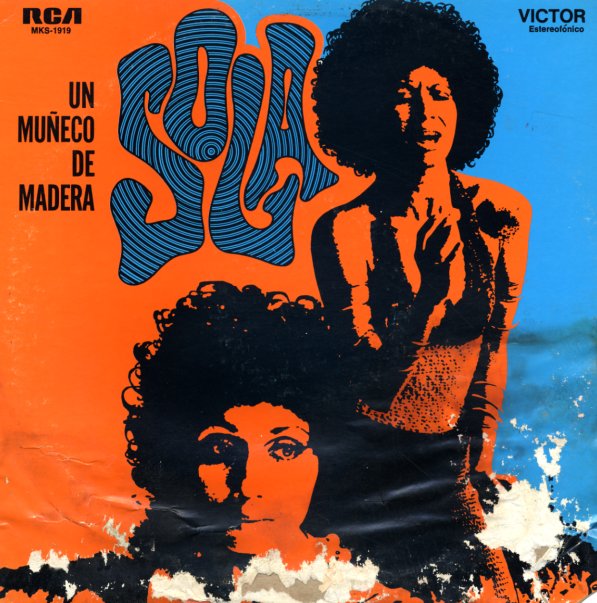 A really groovy little record, and one that's got all sorts of very cool things going on – sweet female vocals from Sola that almost feel like they're lifted from a French record, and not a Spanish language set – mixed with orchestrations that have a nice undercurrent of funk – a bit sound library/soundtrack, with all these very cool flavors and elements, almost like some very cool Italian record from around the same time! Manuel Alejandro is the maestro of the set – writer, arranger, and director – and Sola really fits his groove – on titles that include "Soy Rebelde", "Un Muneco De Madera", "Oye Mama Oye Papa", "En Ellos Creo", "Tabu Tabu", "Unete A Mi", "Bada Bada Ba", and "La Ultima Palabra".  © 1996-2021, Dusty Groove, Inc.