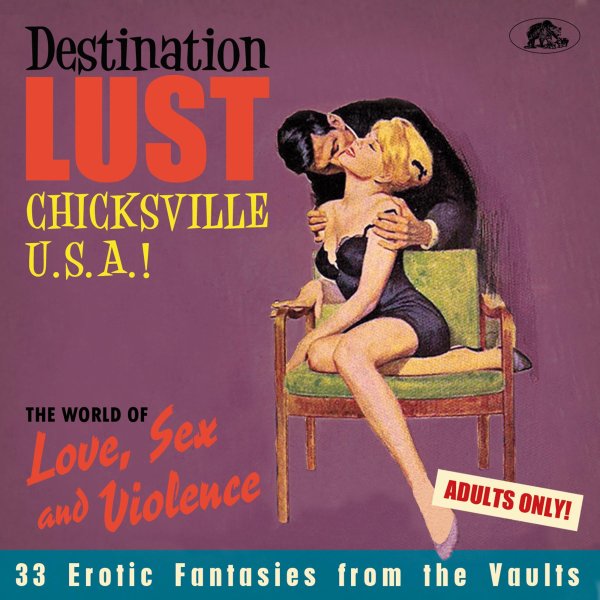 A heady helping of trashy tunes from the glory day of the b-movie and pulp paperback – songs about love and sex from the postwar years of American culture – served up with a vibe that's very much in keeping with the title and the cover! Some of the tunes are instrumental, and mix a slinky, sexy rocking groove with the vocal numbers – and as with the previous volume in this series, and all the Destination titles from Bear Family – the presentation is as superb as the track list of rare gems we'd never hear any other way! 33 tracks in all – and titles include "Too Hot To Handle" by Jayne Mansfield, "The Strip" by The Upsetters, "I Get A Feeling" by Debby Moore, "Shanty Tramp" by Betty Dicksen, "Chicksville USA" by Jimmy Gtray, "Hey Tiger" by Felix & His Fabulous Cats, "Man Eater" by Big Jay McNeely, "Big Long Slidin Thing" by Dinah Washington, "The Dig" by Ken Kash Kwintet, "Man It's A Jungle" by Ruth Wallis, and "Slave Chain" by The Spinners.  © 1996-2021, Dusty Groove, Inc.