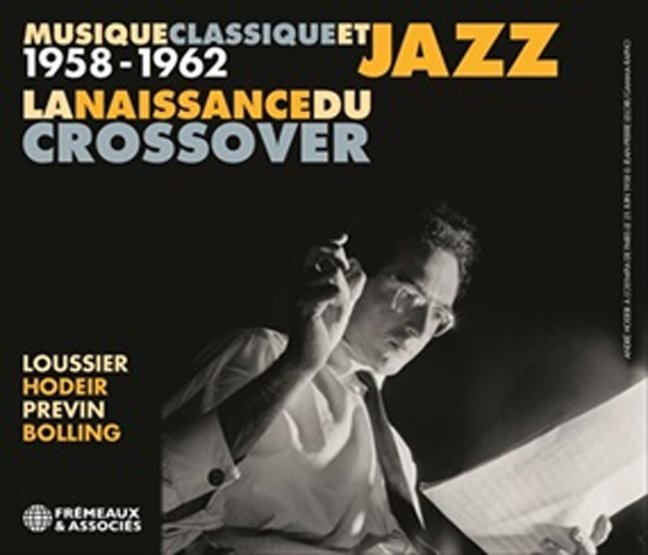 A well-done look at a style that would break big on the European scene of the mid 60s – the mixture of jazz performance and classical melodies – presented here in a slightly different way by some of the genre's true pioneers! Jacques Loussier recorded famous albums of Bach tunes done ala jazz, Andre Previn recorded often as a classical musician – but the work here is different than both of those modes – as the tracks are mostly jazz numbers, but handled with the kind of technical prowess that you'd hear from a classically-trained pianist – still very swinging, but with piano parts that mix melody and improvisation with some jaw-dropping command of the keyboard. The package features work from four key proponents of the scene – each represented on some less-reissued material. First up is Jacques Loussier, on titles that include "Mon Ami My Friend", "Sarabaya Johnny", "Oh Heart Of Love", "Le Chant Des Canons", and "La Fiancee Du Pirate". Next is Andre Hodier on "The Alphabet", "On A Blues", "Cross Criss", "On A Standard", "Paradoxe II", and "On A Riff". Claude Bolling serves up a few numbers – "Clair De Lune", "Back To Swing", "Prelude To A Kiss", and "Cry Me A River" – followed by Andre Previn, on titles that include "Young Man's Lament", "Blame It On My Youth", "Summertime", "A Year Of Youth", "Young & Tender", and "Love Is For The Very Young".  © 1996-2021, Dusty Groove, Inc.