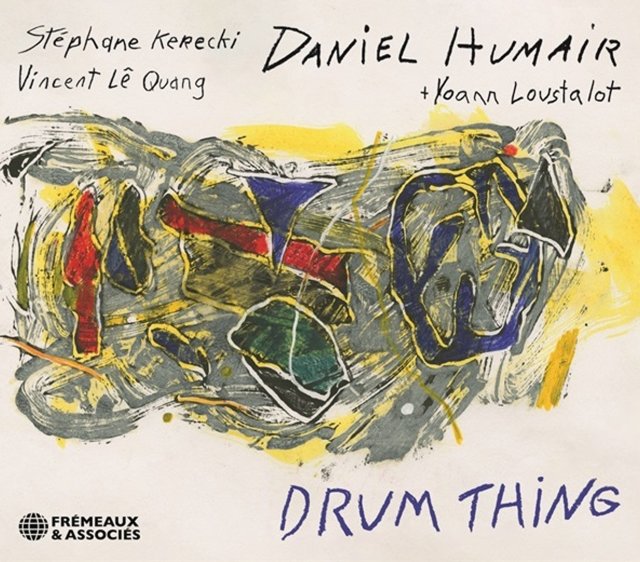 Fantastic work from drummer Daniel Humair – a hugely important creative musician, still very much at the top of his game! Humair was one of the first European percussionists to really set his instrument free from conventions of timekeeping – to open up more possibilities for melody, which is definitely the case here – as Daniel works in a nicely loose group – with Stephane Kerecki on superb acoustic bass, and Vincent Le Quang on tenor and soprano sax – plus a bit of guest flugelhorn from Yoann Loustalot. The songs vary in length and approach, but always have a warmth that other drummers in this situation might not find – that way that Humair has of letting himself free, but never going too far outside – so that there's always this resonance with the bass, which sounds tremendous next to the saxophone. Titles include "Heaven's Gate", "Drum Thing 2", "Mutinerie", "La Cantonal", "Prologue", and a number of "Interlude" tracks.  © 1996-2021, Dusty Groove, Inc.