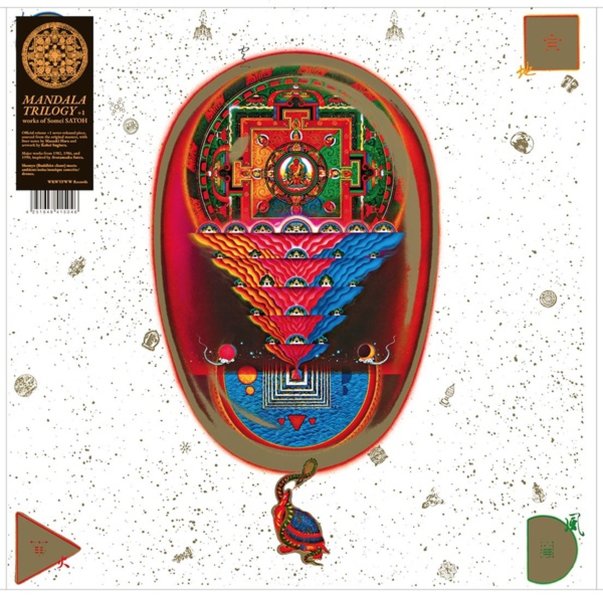 A trio of works created by Japanese composer Somei Satoh in the mid 80s – all very much with the meditative qualities you might guess from the title! The songs here all build slowly – with a strongly resonant sonic space that seems to emerge slowly from a keyboard – some of the fascination with building things up in aural air that we loved in his earlier "Echoes", but taken here into more spiritual territory as deep electronic elements are mixed with occasional vocalizations, but all with a very rich, abstract texture – and more than enough organic elements to really set the work apart from clunkier efforts of the time. There's a moodiness here that's almost as if Popol Vuh were recording for 4AD – but with a quality that's better than those references might imply – and titles include "Mandala", "Mantra", and "Tantra". Also features the later piece "Mai", commissioned by the harpist Ayako Shinozaki!  © 1996-2021, Dusty Groove, Inc.

Live/Electric Music (180 gram pressing)
Columbia/Concord, 1968. New Copy (reissue)
LP...$28.99 34.99
Brilliant work by Steve Reich – featuring two of his best early pieces! "Violin Phase" takes up all of side one – and features a solo performance by Paul Zukofsky that's a perfect exploration of Reich's concept of phase shift. "It's Gonna Rain" is on side two ... LP, Vinyl record album

Satyagraha (3LP set – 180 gram pressing)
Columbia/Music On Vinyl (Netherlands), 1985. New Copy 3LPs (reissue)
LP...$64.99 69.99
Amazing work from Philip Glass – his second great opera, and a long-overdue follow-up to Einstein On The Beach – a set of music that's every bit as great as that groundbreaking work, but maybe even with stronger, fuller execution overall! The piece looks at the early political years of ... LP, Vinyl record album

Einstein On The Beach (4LP set) (180 gram pressing)
Sony/Music On Vinyl (Netherlands), 1979. New Copy (reissue)
LP...$81.99
An amazing record, and one that forever transformed the sound of opera in the US – the amazing summation of all the many musical ideas that Philip Glass had been cooking up since the 60s, done as a mindblowing stage presentation with Robert Wilson! Voices, organ, reeds, and piano come ... LP, Vinyl record album