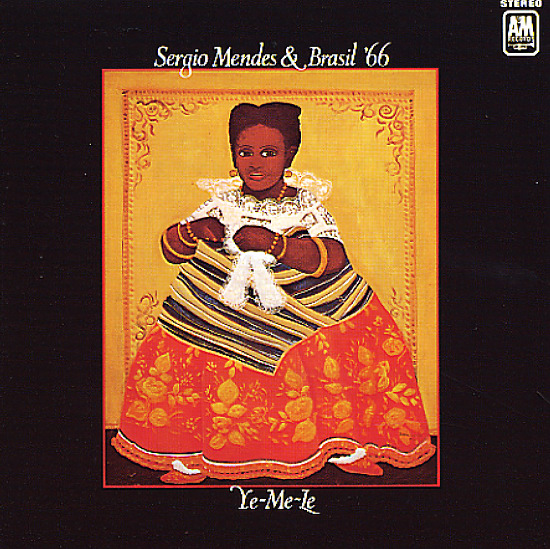 Way past the hits, and into some really great territory – a move that makes the record one of our favorite Sergio Mendes sets for A&M! The sweeter bossa pop style here is undercut with a bit more influence from late 60s Brazilian grooves – some of the more baroque turns that Sergio's contemporaries back home were taking, mixed with a few of the trippier influences that were coming into the scene as well. The overall style is still in the warm two-voiced mode that made Brasil 66 famous, but we appreciate some of the headier moments moving into the mix – partly from the guitar of Oscar Castro Neves, as well as the orchestrations by a young Dave Grusin! Titles include the fantastic title cut "Ye-Me-Le" – a wonderful groover written by Luiz Carlos Vinhas – plus a number of excellent covers, like "Norwegian Wood", "What The World Needs Now", "Moanin", and "Where Are You Coming From?".  © 1996-2021, Dusty Groove, Inc.
(Brown label stereo pressing. Cover has light wear.)