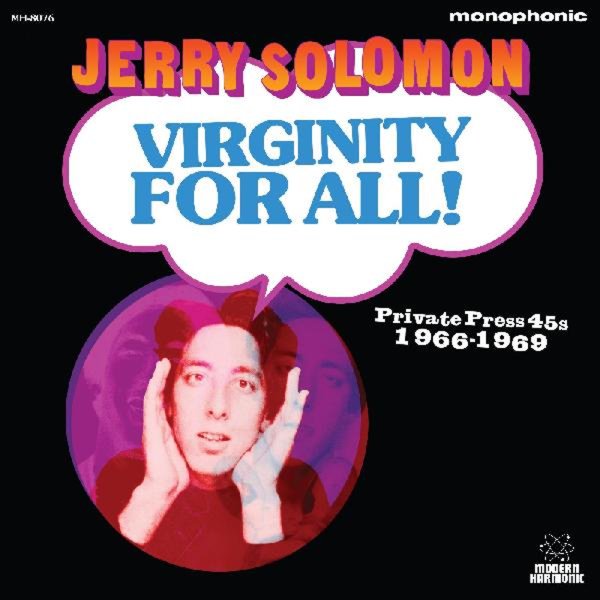 Some of the weirdest underground rock material you'll ever hope to hear – self-produced, self-released material by Jerry Solomon – who's definitely one of the true outsiders of his scene! The approach here is a bit like that taken by Brute Force on his classic late 60s album – in that the structure of the songs often echo more familiar rock styles, but are usually delivered in a very offbeat way – not just via the strange lyrics, but also Jerry's wailing vocals, and instrumentation that's almost always this odd shadow of the familiar. The titles alone are pretty great – and include "Ann Landers & The PTA", "All I Ever Do Is Read Dear Abby", "They're Losing Their Virginity", "We Had Too Much Champagne", "We're Going To Talk About The Weather", "Look At The Flowers", "Psychic Vibrations", and "Come To The Love-In". 2LP set – with 30 strange singles!  © 1996-2021, Dusty Groove, Inc.

Past The 20th Century
Modern Harmonic, Early 70s. Sealed
LP...$6.99
The title might be a bit reversed – because there's hardly anything 21st Century at all about this music – and at some level, it almost feels as if Jerry Solomon is going back in time – at least within the parameters of his own life! The songs often have this weird, almost child-l ... LP, Vinyl record album