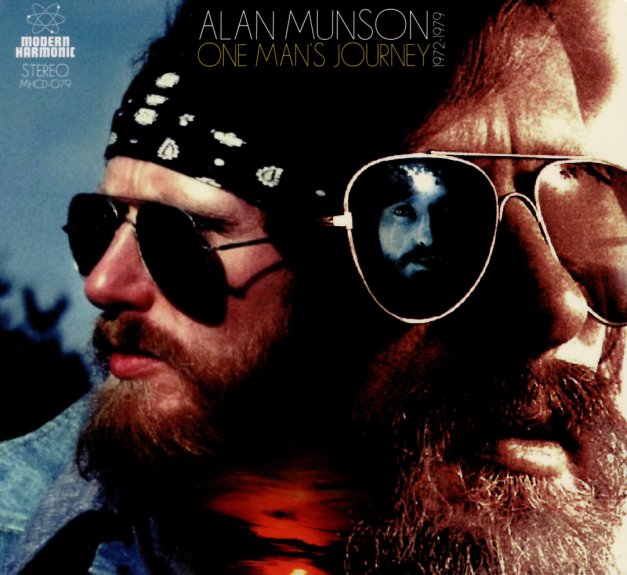 Alan Munson might look like some sort of tough biker on the cover, but the music within is surprisingly sensitive – really well-penned singer/songwriter material, done with a style that's personal, and also quite unique! There's a vibe here that almost reminds us more of an artist of this nature from the UK scene in the early or mid 80s – a slight sense of distance from his topics at times, but also this almost world-weary sensibility – not in a way that makes you feel like Munson doesn't care, but maybe that he's found a way to hide himself slightly, maybe to ease some of the pain of his lyrics. Titles include "In The Rain", "I Need A Change", "Fences", "A Visit From A Friend", "Sail Away Forever", "Late Night Morning Coffee", and "For A Long Time".  © 1996-2021, Dusty Groove, Inc.
(Blue vinyl pressing, still sealed with hype sticker.)

Everybody's In Showbiz
RCA, 1972. Near Mint- 2LP Gatefold
LP...$14.99
An overlooked gem from The Kinks – a set that's got all the wit of their late 60s material, a bit of the rootsy currents of Muswell Hillbillies, and a lot more bite than the group would have in some of their next few albums to come! Ray Davies' pen is razor-sharp, as is his vocal approach ... LP, Vinyl record album

Six Wives Of Henry VIII
A&M, 1973. Near Mint- Gatefold
LP...$9.99
One of the key concept albums recorded by keyboard genius Rick Wakeman away from Yes – a tribute to the lost wives of Henry The 8th! LP, Vinyl record album

Jewels Vol 2
SSS International, 1976. Sealed
LP...$14.99
A treasure trove of rare soul from the SSS International label – one of the hipper southern soul imprints of the late 60s and early 70s! Lots of nice obscure ones on here – including "Sunday Morning Coming Down" by Hank Ballard, "Shout Bamalama" by Mickey Murray, ... LP, Vinyl record album