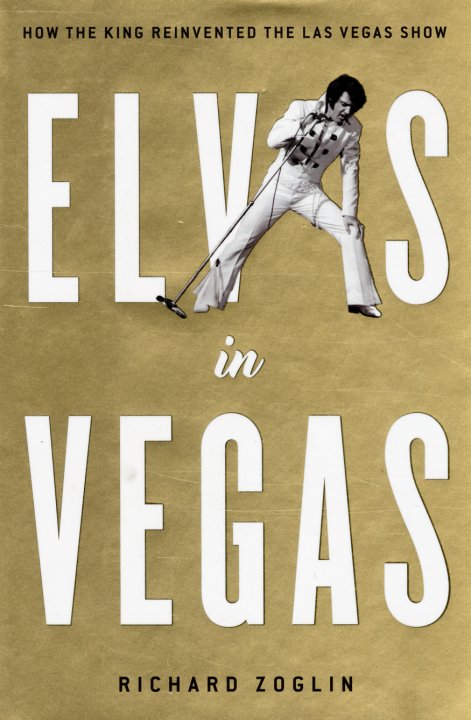 Elvis Presley made his first stage appearance in Las Vegas in 1969 – and that began the start of a run that would add hundreds more shows in the city before his death, and leave a legacy that forever transformed the role of entertainment in Vegas! The King and the city are linked together in pop music iconography, but the path wasn't a straight line – as author Richard Zoglin shows by first examining Las Vegas, then the floundering 60s career of Presley – who hadn't played live for many years before hitting the city. The story's filled with remembrances from others who were there at the time, situated nicely alongside the history – and the book is hardcover, 295 pages, with some black and white images.  © 1996-2021, Dusty Groove, Inc.
(Small remainder mark on spine.)