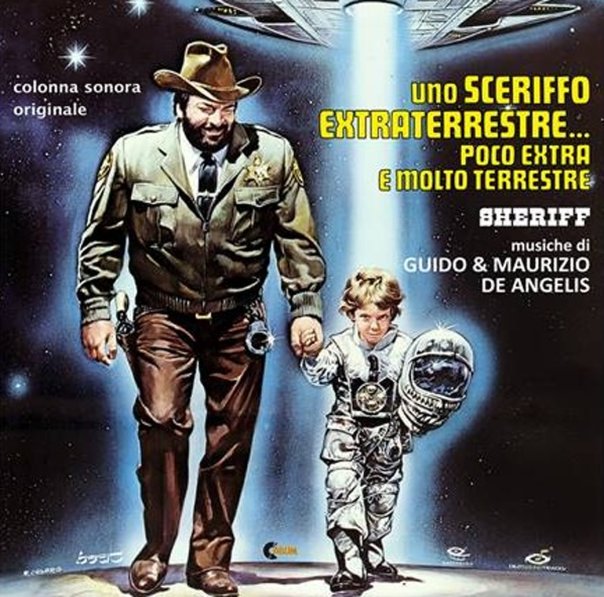 That kid on the cover isn't as cute as ET – but he's also an extraterrestrial in a film from the same period – teaming up here with Italian comedic great Bud Spencer, amidst a lively little soundtrack from the duo of Guido and Maurizio DeAngelis! The style here is a bit like some of the brothers' other comedies of the period – whimsical, with occasional disco-generation elements – but given that Bud plays a rural sherriff, there's also some moments that try to evoke country music – but in this weirdly-refracted style that lets you know you're still very much in the hands of the Italian maestros! Crystal Bird turn in the rock ballad "Tonight Tonight" – and other tracks include "Big Star", "Whistle & Bells", "Dreaming Woman", "Atlanta", "L'Ultimo Valser", and "Mundialito". CD features 17 more bonus tracks too!  © 1996-2021, Dusty Groove, Inc.