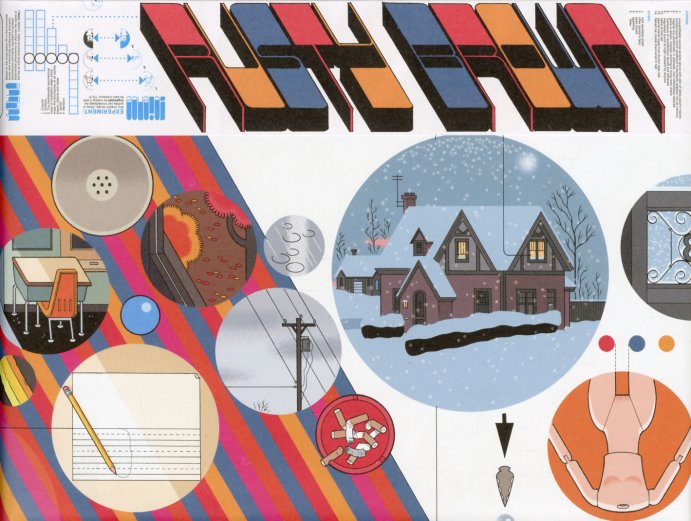 We love the work of cartoonist Chris Ware, but we maybe love his Rusty Brown character even more than the rest – as Rusty's an inveterate collector, with the sort of special drive that's plagued us all of our lives! Yet the depth of this volume really matches Ware's more famous character Jimmy Corrigan – as the long narratives here trace out the "origins" of Rusty, and follow him through years past – with a sensitivity and lingering sadness that's beautifully delineated in the kind of artwork that sets Ware apart from anyone else we can think of. The production quality is beautiful – hundreds of pages in full color, laid out sideways to replicate a book of vintage comic strips – which furthers the Ware exploration of the Rusty Brown aesthetic.  © 1996-2021, Dusty Groove, Inc.