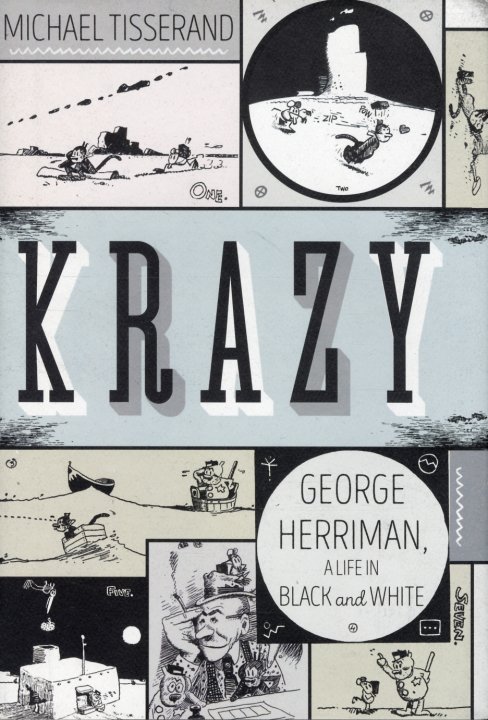 There have been a number of art books over the years about George Herriman – groundbreaking cartoonist and animator, and the creator of Krazy Kat – but this may be the first really well-done historical look at his live and creations – presented in a beautiful format that still features images throughout, but which is also very heavy on history and research as well! Author Michael Tisserand provides many pages of notes at the end to support his long research into Herriman – and the layout juxtaposes cartoons with the author's words, which are often a lot more down to earth than the images. 545 pages, hardcover, with black and white images throughout.  © 1996-2020, Dusty Groove, Inc.
(Small remainder mark on spine.)