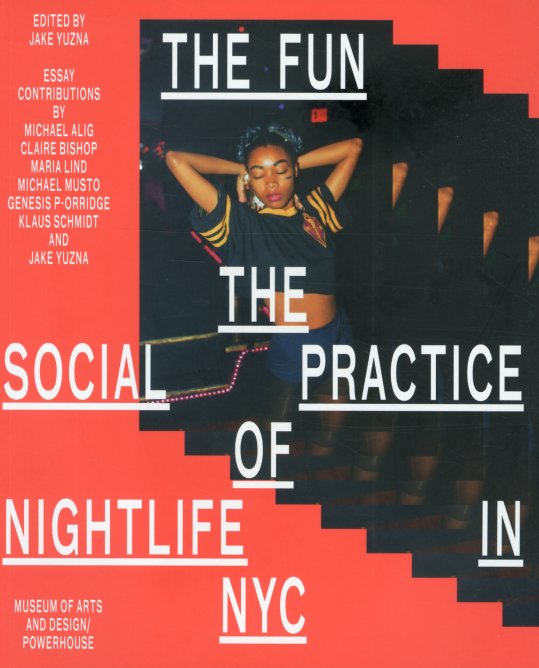 Fun – The Social Practice Of Nightlife In NYC

A really striking book on the world of nightlife in New York – one that's put together in a way that's almost as vivid as the experience itself! The volume is half art book, half essays – and starts with a selection of writings by Michael Musto, Claire Bishop, Michael Alig, Genesis P Orridge, and others – then moves into many more pages of artwork on clubs, performance spaces, clubbers, performers, flyers, and other aspects of the scene – presented in a variety of styles, often with text juxtaposed alongside – which makes even more standard photos feel like pluggers for an event! The images move at very rapid speed – almost as if you're in a whirlwind on an endless night of clubbing – and the heavy book is softcover, full color, and 334 pages in all.  © 1996-2021, Dusty Groove, Inc.