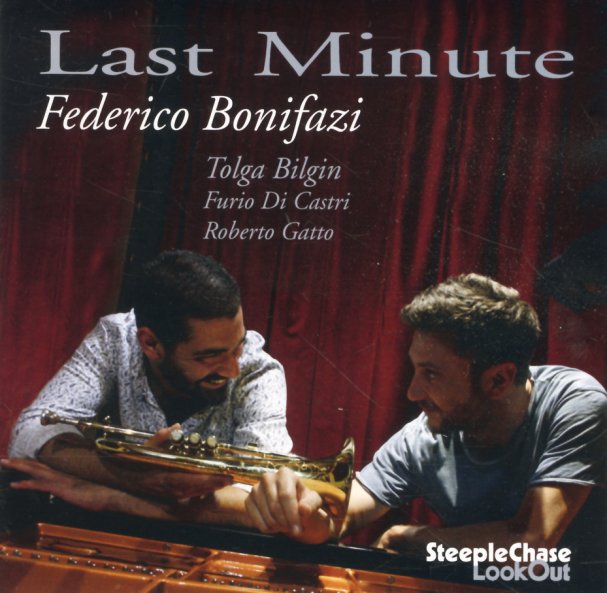 We really love the writing of Federico Bonifazi – as he often has a way of making a tune sound a lot richer than the sum of its parts – which is definitely the case here in a quartet lineup that includes Bonifazi on piano, Tolga Bilgin on trumpet, Furio DiCastri on bass, and Roberto Batto on drums! Federico plays in that richness of sound that first seemed to flow from the Italian scene as the 70s moved into the 80s – a mode that learned all the lessons of modern jazz, but used them to increase a sense of humanity and color in the music – which is definitely the case here – as each tune seems to bubble over with new energy and life. Titles include "Monkeys", "Song For A Brother", "Night Of Peace", "Soul Music", and "Introverted Paranoid".  © 1996-2021, Dusty Groove, Inc.

Rhapsody
Steeplechase (Denmark), 2021. New Copy
CD...$16.99 19.99
A nicely different setting for pianist Andy LaVerne – a quartet date, but handled in a "with strings" mode that lives up to the rhapsody in the title! Zach Brock handles violin, and bassist Mike Richmond also brings in a bit of cello – both instruments that really amplify the ... CD

From Where We Came
Steeplechase (Denmark), 2020. New Copy
CD...$16.99 19.98 (CD...$9.99)
Bassist Michael Feinberg has a round, rich tone on this record, right from the start – a great way of setting up a superb lineup that features Dave Liebman on soprano sax, Noah Preminger on tenor, Gary Versace on piano, and Ian Froman on drums! Liebman's sharpness is balanced wonderfully by ... CD