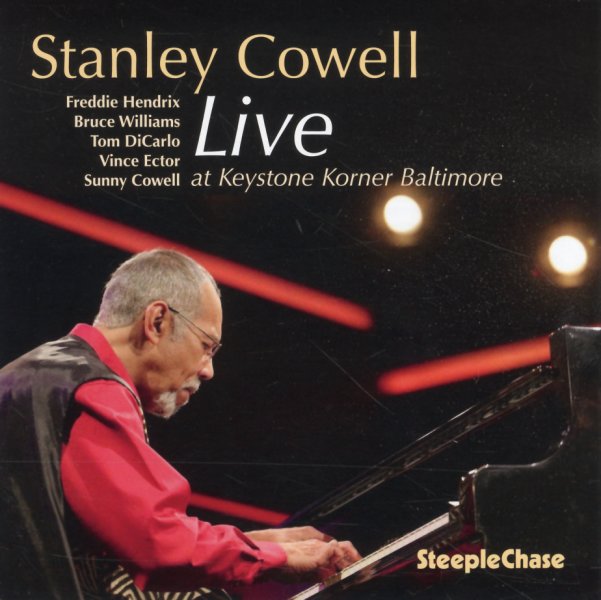 A real standout set from pianist Stanley Cowell – one of his few dates in recent years to feature more than a trio lineup – and recorded in a live setting that really seems to ignite some old school fires in Stanley's music! Make no mistake – Cowell is always wonderful – but there's a nice edge to his compositions here, as Stanley hits a bit harder, and drives things along to match the energy from the trumpet of Freddie Hendrix and alto of Bruce Williams – who play in a lineup that also features Tom DiCarlo on bass and Vince Ector on drums. Sunny Cowell performs a beautiful vocal version of the classic "Equipoise" – maybe worth the price of the album alone – and other tracks include "Cal Massey", "Montage For Toledo", "This Life", "Banana Pudding", "No Illusions", and a take on the Max Roach tune "It's Time".  © 1996-2021, Dusty Groove, Inc.