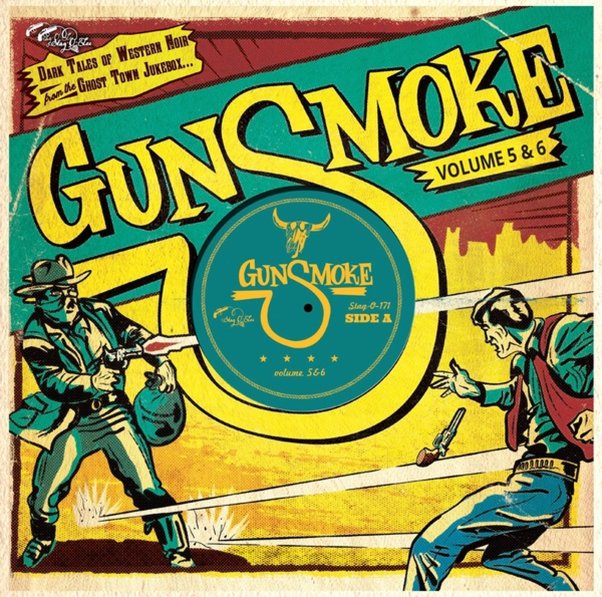 The weirder side of the western music spectrum in the postwar years – not straight country tunes, but instead a whole host of songs and styles that change things up, and definitely live up to the "noir" and "jukebox" spirit in the title! CD brings together tracks from both the 10" vinyl releases volume 5 and 6 – and titles include "Satan's Child" by Anita Carter, "Everglades" by Dale Hawkins, "North Winds" by Chick Lewis, "Rain Dance" by Alvie Self, "Sweet Breeze" by Vernon Green & The Phantoms, "The Trance" by Billy Dixon & The Topics, "The Great Grandfather" by Bo Diddley, "Psycho" by Jack Kittel, "The Drifter" by Carl Perkins, "The Whipping Post" by Jody Reynolds, "The Devil's Queen" by Dorsey Burnette, "Mooshatanio" by Jimmie Driftwood, "North Wind" by Slim Whitman, "Blue Carnation" by Dennis Roberts, "Bandstand Doll" by Johnny Carroll, "Stamped" by Foy Willing & The Riders Of The Purple Sage, "My Downfall" by Virgil Holmes, and "Devil's Hand" by Mike Jarrett & Gene Herd.  © 1996-2021, Dusty Groove, Inc.