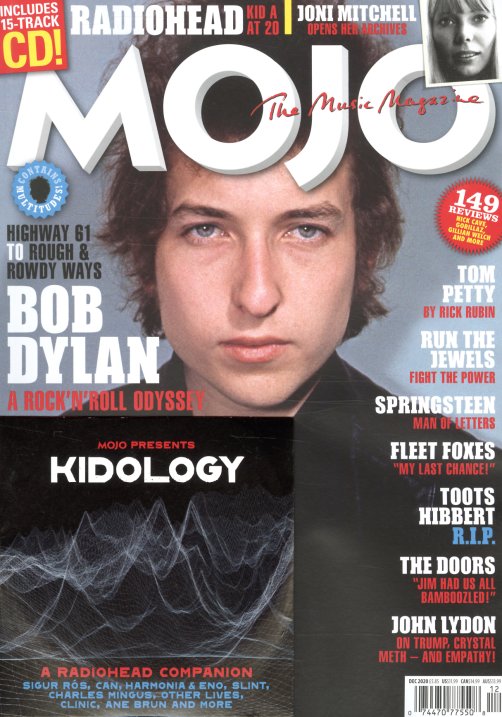 The cover feature's a long look back at fifty five years of music from the mighty Bob Dylan – in an issue that also features big articles on Robby Krieger, John Lydon, Wilco, Toots Hibbert, Run The Jewels, and Radiohead – all done in the deep detail we've come to expect from Mojo! The issue also has a nice piece on Tom Petty, penned by Rick Rubin – plus more on Join Mitchell, Fleet Foxes, and Bruce Springsteen – and all the huge amount of music reviews that makes Mojo so essential. Plus, there's a bonus CD – a companion to the Radiohead album Kid – with work by Can, Harmonia & Brian Eno, Slint, Charles Mingus, and others.  © 1996-2021, Dusty Groove, Inc.