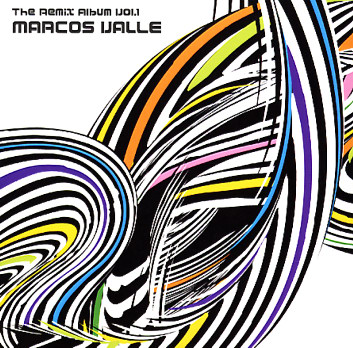 Marcos Valle revisits a host of his older tunes – and re-presents the work in a quirky electronic mode! The album's less a remix album than it is a "remake" one – as Marcos is collaborating here with Marcio Menescal of Bossacucanova, in a groove that's quite similar to the sound of that group! As with some of Bossacucanova's best work, most of the tunes here are older ones either penned by Valle or made famous by him – recorded here with Fender Rhodes and vocals from Marcos, plenty of keyboards and rhythms from Marcio, and additional flutes from Renato Franco and extra vocals from Patricia Alvi. The sound's quite different than most of Valle's other recent recordings – a fair bit more abstract overall – and titles include "A Ra", "Samba De Verao", "Veio Veio Vai Vai", "Nova Bossa Nova", "Os Grilos", "Mentiras", and "O Que Eu Gosto De Voce".  © 1996-2021, Dusty Groove, Inc.
(Out of print, includes obi.)

O Compositor E O Cantor
EMI (Japan), 1965/1998. Used
CD...$18.99
Stunning early work by the great Marcos Valle – a dreamy bit of bossa that virtually defines the genre! The album's one of the first to feature Marcos as a singer – a showcase for his work as a "cantor" after his reputation had been building as a composer – and the ... CD

Marcos Valle – The Remix Album Vol 1
Albatroz (Brazil), 2006. Used
CD...$14.99 (CD...$6.99)
Marcos Valle revisits a host of his older tunes – and re-presents the work in a quirky electronic mode! The album's less a remix album than it is a "remake" one – as Marcos is collaborating here with Marcio Menescal of Bossacucanova, in a groove that's quite similar to the ... CD

Pitanga
Sony (Brazil), 2011. Used
CD...$16.99
One of the loveliest singers we've heard from the Brazilian scene in years – working here in a set of gentle tunes with a hell of a lot of charm! Mallu Magalhaes has this raspy little quality in her voice – almost a Brazilian version of Charlotte Gainsbourg, but with a slightly warmer ... CD

Storia Storia
RCA/Sony (France), 2009. Used
CD...$11.99
Cape Verdean vocals from Mayra Andrade, but carried off with a warm and lovely feel that's almost bossa nova at points! Andrade's gently expressive in her lyrics – singing soulfully, but subtly alongside these sweet little rhythms with a touch of jazz, and some earthier percussion elements ... CD

Acustico
Sony (Brazil), 2006. Used
CD...$3.99
Live work by Marcelo D2 – the Brazilian beatmeister who's been breaking down plenty genres of late! The set was recorded for MTV Brazil's Acustico program, but has a much hipper approach than any MTV work here – and as an added bonus, the set also features guest appearances by Joao ... CD

Uma Batida Diferente
Six Degrees, 2004. Used
CD...$3.99
You gotta hand it to these guys – releasing 2 albums at nearly the same time, yet somehow managing to come across sounding nice and fresh! Unlike the Ipanema Lounge album (issued weeks before this one), Uma Batida Diferente has a style that's much more in keeping with the group's earlier ... CD

Aquarius (UK version)
Far Out (UK), 2009. Used
CD...$6.99 (CD...$7.99)
A beautiful collaboration between two of our favorite Brazilian artists ever – the lovely Joyce and bossa piano legend Joao Donato – both of whom have held onto all of their best early charms of their music! The session's definitely got a Joyce flavor upfront, as she's the main ... CD