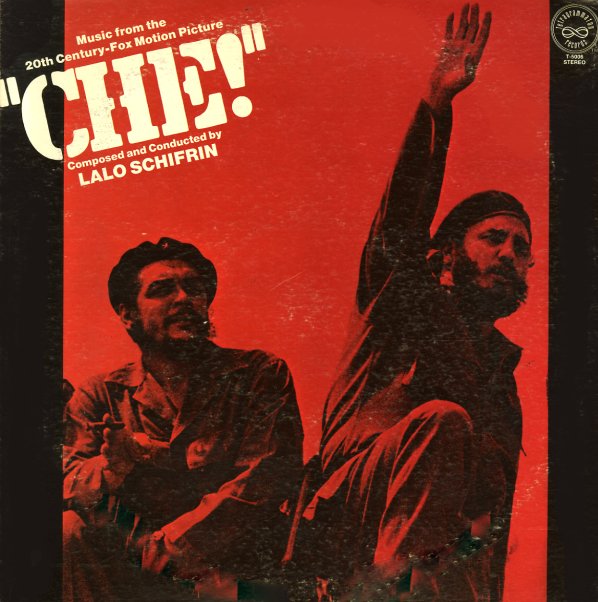 A pretty cool score by Lalo Schifrin – one that's Latin, but not in the same bossa style as his other 60s albums. The film – as you can imagine – is about Che Guevara, and it stars poor Omar Sharif, who was forever pegged to play the "ethnic" star in films like this. For the music, Lalo shows his huge command of a number of different South American rhythms – and blends together driving Afro Cuban rhythms with other styles that sound like they're from a bit farther south in the Latin geography. Very nice stuff, and with many good tracks. Titles include "Charangos", "Fiesta Numero Dos", "La Columna", "La Barraca", "Recuerdos", and "Che".  © 1996-2022, Dusty Groove, Inc.
(Cover has light wear, a cutout hole, a mostly split top seam and a name in pen on the back and labels.)

Mission Impossible
Dot, Late 60s. Very Good
LP...$6.99
A familiar record – but a fantastic one! You probably all know the famous theme to "Mission Impossible" – Lalo Schfrin's beautiful jazzy number, with three piano notes revolving over and over again with incredible intensity – and the rest of the record is every bit as ... LP, Vinyl record album

Nella Stretta Morsa Del Ragno
RCA (Italy), 1971. Near Mint-
LP...$14.99
The cover's creepy enough – and the music is too – an instrumentally complicated score – one that features heavy guitars one minute, then strings, then stark, spare instrumentation the next – including weird bass bits and electric harpsichord passages that are very nice! ... LP, Vinyl record album

Fratello Sole Sorella Luna
G&G (Italy), Mid 70s. Near Mint-
LP...$11.99
Beautiful sounds from Riz Ortolani – a much more serious score than some of his work in the 60s, and a set that's almost got a Morricone-like majesty at times! Orchestrations are full, but have some nicely isolated instrumentation – which crafts these melodies that are simple, but ... LP, Vinyl record album

Blues Brothers – Original Soundtrack Recording
Atlantic, 1980. Near Mint-
LP...$19.99
Soundtrack to one of the most quintessential Chicago films – with in-character vocals by Elwood and Jake, plus appearances by James Brown, Aretha Franklin, Cab Calloway, and others! LP, Vinyl record album