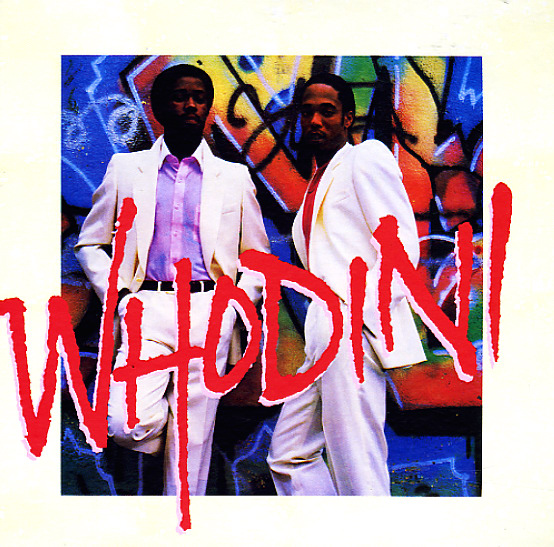 The classic debut of Whodini – a duo who were maybe seen by some as too pop back in the day, but whose music here still really stands the test of time way back to the old school! Jalil Hutchins and Ecstasy combine new beatcraft and catchy hooks at a level that maybe made them one of the first groups to really push hip hop into the mainstream – and there's some surprising studio talent on the set, which includes production from both Thomas Dolby and the Willesden Dodgers – plus work by Conny Plank at the legendary studios of Can in Germany! That mix of modes really comes through in the set – which is maybe one of the first records to inscribe that love of overseas sounds that Afrika Bambaataa was first bringing to the mix – on cuts that include their classic "The Haunted House Of Rock" – in both regular and vocoder versions – plus "Magic's Wand", "Nasty Lady", "Underground", "Rap Machine", "Yours For A Night", and "It's All In Mr Magic's Wand".  © 1996-2021, Dusty Groove, Inc.
(Limited to 1000 copies pressed on transparent red vinyl.)

Ridin' Dirty (clear vinyl pressing)
Jive, 1996. New Copy 2LP Gatefold (reissue)
LP...$30.99 34.98
The mid 90s classic from Underground Kingz – they're commercial breakthrough, with all the uncompromising grit of their first few records on the lyrical tip, albeit with a stripped down soulful resonance to the beats. The gritty rhymes is the unifying element here, with tracks that split the ... LP, Vinyl record album

Mecca & The Soul Brother (180 gram silver vinyl pressing)
Elektra/Music On Vinyl (Netherlands), 1992. New Copy 2LP (reissue)
LP...$31.99
The debut full length from Pete Rock & CL Smooth – and a bonafide hip hop classic if there ever was one – one of the best ever! Pete Rock's trademark mix of heavy soul, jazz & funk beatcraft pretty much set the bar to a level that's been impossible to top ever sense. On top of ... LP, Vinyl record album