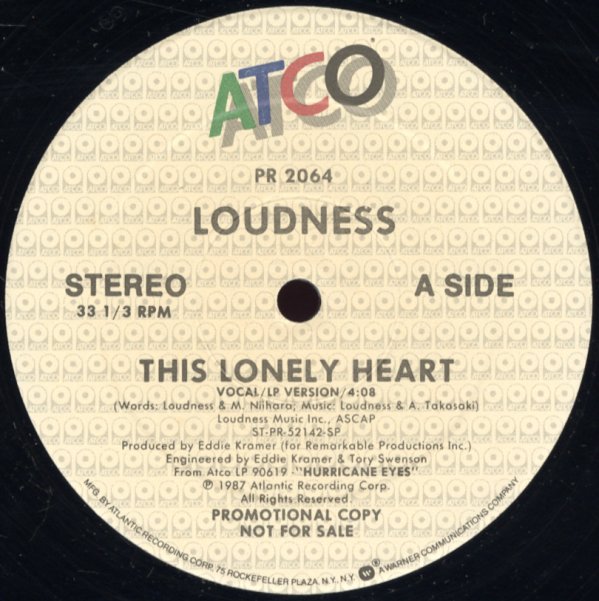 This Lonely Heart (double a side promo)