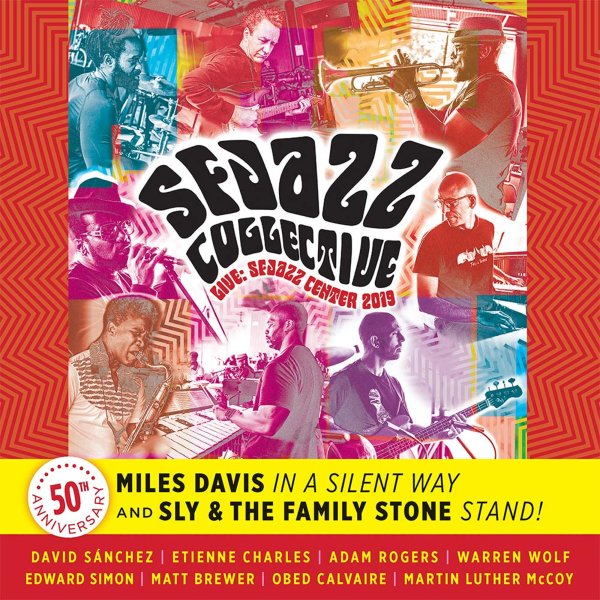 One of the coolest albums ever issued from this all-star group – a 50th anniversary tribute to two classic albums from 1969 – In A Silent Way by Miles Davis, and Stand by Sly & The Family Stone! The pairing is a great one – as Miles was listening to a lot of Sly in the late 60s, and the Family Stone were a key part of the SF scene at the time – but the group here makes the whole thing come across as way more than just a recasting of classics – because, like other tributes to their inspirations, the Collective have a really strong way of making things completely their own! Sly tracks alternate with Miles numbers – and vocals are handled by Martin Luther McCoy, who's worked with The Roots – in a group that also includes Warren Wolf on vibes, David Sanchez on tenor, Etienne Charles on trumpet, Adam Rogers on guitar, and Edward Simon on piano. The vocal tracks are nice and long – with a lot more jazz instrumentation than vocals – and titles include "I Want To Take You Higher", "Sex Machine", "In A Silent Way/It's About That Time", "Everyday People", 'You Can Make It If You Try", "Shh/Peaceful", and "Sing A Simple Song".  © 1996-2020, Dusty Groove, Inc.
(Limited numbered edition of 5000 copies!)