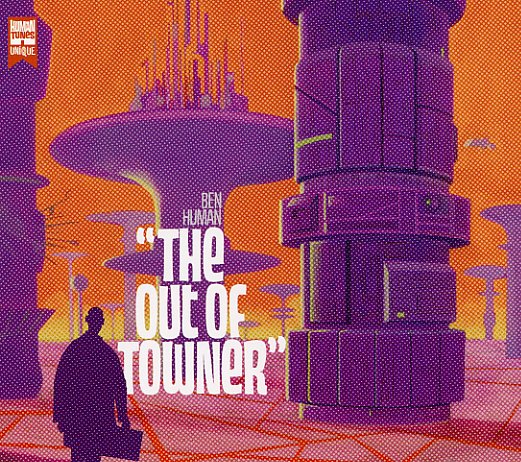 A deeply complicated set of grooves from Ben Human – one that comes across like a classic soundtrack, souped up with some very tasty contemporary touches! There's a vibe here that seems to run from mid 60s French and Italian work to early 80s electronics – all served up with the ear for an older style that Ben first brought to his work in Corduroy – but inflected with some 21st century beats and programs. The sound is never easily kitschy, but extremely evocative – and tracks are peppered with some spoken dialogue on the intro, further pushing the cinematic feel of the set! Titles include "Angry Computer", "The Out Of Towner", "Take Me To Las Vegas", "In Control", "Daddy's Back", "The Right Hand Of Doom", "The Werewolf Break", "Downtown Brown", and"Caipiranha".  © 1996-2020, Dusty Groove, Inc.

Ride On (original version)
Unique (Germany), 2001. Used
CD...$8.99
Modern mod groovers – a serious 60s retro sound in force, mixing Hammond organ, bossa beats, jangly guitars, and a bit of Motown soul – very much in the Blow Up kind of style, with perhaps a bit more of a modern bounce in the beats! There's some campy elements to the overall production ... CD

Panorama – Nu Europa Phusion
Perfect Toy (Germany), 2004. Used
CD...$3.99
The Berlin wall's been down for over a decade, but it's taken years for the western club scene to finally notice the great grooves coming out of the Eastern Block scene! For years now, artists in nations formerly locked off from more familiar European circuits have been dabbling in styles that not ... CD